By law, everything written about Ariana Grande is required to begin with the phrase “Ariana Grande has been through so much recently.”

Here’s the thing; it’s f*cking true! The pop princess has done more than just break chart-topping records that have stood since the 60s. She’s also dealing with some heavy personal loss, managing PTSD after the Manchester bombings, and becoming an outspoken role-model in both mental health and politics.

And she’s only 26! That’s the same age as me! (We were born on the exact same day, but that’s not important, I just like to tell people.)


Ariana Opens Up in Vogue

In last month’s Vogue cover story, Ariana talked at length about grief and growing up. Clearly, the Manchester attack has likely been the most impactful thing that’s happened to her over the past few years. At the time, in an impressive display of courage and determination, she decided that before she sang anywhere else, she needed to finish the show in Manchester. Only two weeks later she was back to visit survivors, talk to the families of the victims, and play a charity show with a number of other international music stars that raised $25M.

The benefit concert included a heartfelt rendition of Over the Rainbow which has already gone down in history, but Vogue’s recent interview also points out that Ariana took to the stage “belting out her dirtiest songs at the request of one victim’s mother after it was suggested that the bomber, who had links to the Islamic State, had acted in protest of her racy pop persona.”

When asked about her coquettish ingénue image, she points out that it’s a character.

“[It] feels like this exaggerated version of myself. It protects me. But also I love disrupting it for the sake of my fans and making clear that I’m a person—because that’s something I enjoy fighting for.”

For Grande, the character isn’t just a smokescreen, but she’s got no illusions about the fact that she’s playing a role. “The music is very personal and very real, but yes, if you can be me for Halloween, if drag queens can dress up as me, then I’m a character.”

Not that she minds in the least! “Go to your local drag bar,” she says, “and you’ll see it. That’s, like, the best thing that’s ever happened to me. It’s better than winning a Grammy.”


Will Ariana Keep Her Character?

Even though her coy teenager image has been fairly persistent throughout her career—not always common in pop music—Grande did go on to say that it feels like her music has developed a lot in the last 12 months. Around half of her body of work hasn’t been for her, she admits, but rather was recorded “to solidify my spot in pop music.”

“A lot of my singles have been hilariously lacking in substance,” she said. “You’re talking to someone who put ‘Side to Side’ out as a single. I love that song, but it’s just a fun song about sex.”


Is ‘Side to Side’ Too Racy for Kids?

At this point in Vogue’s cover story, interviewer Rob Haskell asks whether or not it ‘feels uncomfortable to gaze out at an audience of thousands of nine-year-old girls while singing a song about having so much coitus that it’s hard to walk straight.’

Ariana Grande’s response is dry. “They’re for sure gonna have it. I promise. I promise that your kid’s gonna have sex.” This is the sort of cutting response that’s earned her her social media following. Her image makes it easy to forget how sharp she is. And her advice is good: “if she asks you what the song’s about, talk about it.”

While ‘Side to Side’ may not be as creatively fulfilling to her as her newer tunes, it’s not entirely shallow either. When Grande says “talk about it,” she’s really advocating for education.


The Sorry State of Sex Education

In America, sex education is typically inadequate, inconsistent across states, and not always required to be factual. And when it comes to kids and sex, Ariana Grande knows that she’s on a pedestal. Between her amorous stage image and status as a role model, it follows that at least some of her younger fans are bound to ask questions based on her songs.

Ariana’s acknowledgement that most people have sex sooner or later is important, because, in a world that often tries to pretend sex doesn’t exist for the benefit of kids, good sex-positive role-models are hard to come by.

But being kept in the dark about sex is more damaging for kids than not, so Grande’s stark refusal to consider that this particular part of her persona is a bad influence is a clear-cut example of her being a good influence.

On top of that, ‘Side to Side’ is specifically about good sex! Ultimately, if we really care about keeping our kids safe, then we need to raise children who are informed and can make smart decisions for themselves when it comes to sex. But how do we do that?

Ariana already told us. “Talk about it.”

Looking for spicy yet intellectual discussions about your fave celebs? Subscribe to Zizacious today! 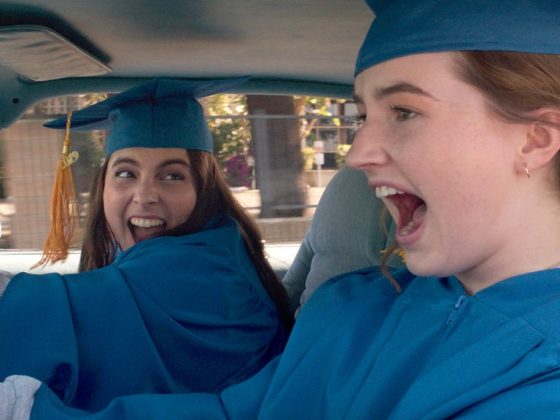 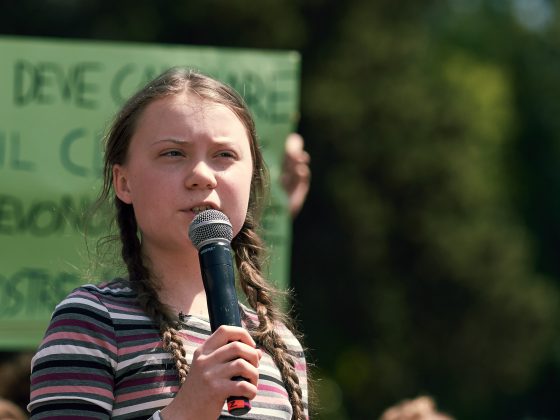 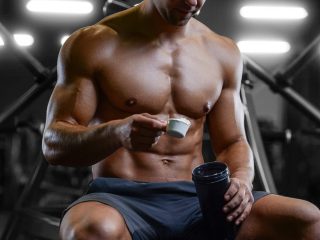