The basic formula for the high-school film hasn’t changed much over the years. It’s been decades since the genre took shape with the likes of The Breakfast Club and Fast Times at Ridgemont High. Movies like Clueless and Heathers have messed with the formula, sure, but the same basic tropes and stock characters show up again and again.

Olivia Wilde’s directorial debut, Booksmart, does not reinvent the wheel, but it does feel like it comes pretty close to perfecting it. It also feels like it follows in the footsteps of more recent films, like Greta Gerwig’s Lady Bird, or Kelly Fremon Craig’s Edge of Seventeen, in building a canon of female-driven teen comedy-dramas with a fussy type-A lead.

If it sounds like I’m being critical, let’s be clear. I saw Booksmart last night, and I enjoyed the hell out of it. In the film, Beanie Feldstein and Kaitlyn Dever play Molly and Amy. The pair are best friends with a reputation for overachieving in their middle-class LA school. The film gets going when it’s revealed that all their hard work and abstaining from fun may not have been worth it; the two girls both have spots in good colleges lined up, but it turns out that most of the other kids do too. Even the stoner kid has a great future plan—skipping college and going straight to Google, coding for six figures out of the gate.

Molly and Amy are faced with the realisation that even though they chose not to party so they would get into good colleges, they might have been looking down on their peers all along. “We messed up,” says Feldstein’s Molly. “We didn’t have to choose. They did both. We are the only assholes who did one.”

With one night left until graduation, the pair attempt to do something they’ve never done before: go to a house party. The hijinks that follow have been billed as Superbad for girls, but honestly, that does the movie a disservice. I saw it with another girl and three guys, and everybody had a blast.

Booksmart does a lot of great stuff. It also makes some striking choices. It’s paced extremely well. It has a layered, dynamic core theme; that by becoming over-invested in an identity that’s anti-mainstream, you run the risk of being condescending. And boy, Booksmart knows how to walk the line of this theme—Molly and Amy are often the butts of the joke, but not once is there a punch-down. The comedy’s attention to how seriously it takes itself is bulletproof. Nearly every character it sets up as a gag turns out to be developed in an interesting way (more on this later).

But personally, the big takeaway from this film is the spotlight on female friendship. Molly and Amy are the film. There is good chemistry all over the place in this movie, but there’s no denying most of it is between Feldstein and Dever. The film absolutely knows this, sometimes even putting poignant moments of platonic love through classic romantic filters, for an effect that would be comical if some of the beats in their story together weren’t so real. And before you ask, no, I’m not giving this a ‘just gals being pals’ reading; Amy is explicitly gay from the outset, and much of her arc revolves around other gay relationships!

The point I’m making is that female friendships are complicated, and it’s not hard (unless you’re a male writer) to get them to work on screen, but it’s not done well often. Their complicated friendship—which is both a joy to watch and sometimes tense—is the engine that drives the script, in a way only a female friendship could.

In fact, my only gripe is with the ensemble cast. Overall, they’re good, but a few could be better. Honestly, the more I think about it, the more I feel like Noah Galvin and Austin Crute’s characters get under my skin for a few reasons that are ultimately complementary. To start with, their characters are pretty good. Noah Galvin’s George is a deathly-deadpan yet melodramatic drama gay, and Austin Crute’s Alan is his leading lady; a campy, sensational, even more melodramatic drama gay. Austin Crute honestly knocks this out of the park, and Noah Galvin’s karaoke rendition of You Oughta Know got top three biggest laughs from the audience, no sweat.

But the story doesn’t do anything with them. They’re gay stock characters. They’re benign—no one treats them any differently for the way they are—but they’re not as fleshed out as the rest of the ensemble. This is a choice I kind of understand because the film doesn’t have time to flesh out all its side characters, and the ones it does choose to extend—Skyler Gisondo’s Jared and Billie Lourd’s Gigi—are incredible too. Gigi got the other two big laughs from the audience, and her comic-relief character type is one that’s rarely played by women. The only example of a similar character I can think of is Orla in Derry Girls, and that’s a bit of a stretch.

I’m not convinced I would do anything differently in this movie. Maybe Wilde or the screenwriters decided that giving Alan and George more depth wasn’t something they were willing to spend runtime on because there’s been a recent push of critically acclaimed films with gay male leads. Moonlight in 2016. Call Me By Your Name in 2017. It’s certainly true that men, no matter what community they’re in, tend to have it better. Maybe I prefer that time got spent on Gigi. The audience certainly did.

Booksmart is funny, it’s inclusive, and every joke lands effortlessly, even though you can tell some real work went into them. Its an exemplar of its genre, and a milestone teen movie. Ultimately Booksmart achieves what it’s characters set out to do during the premise—it has fun and gets top marks. 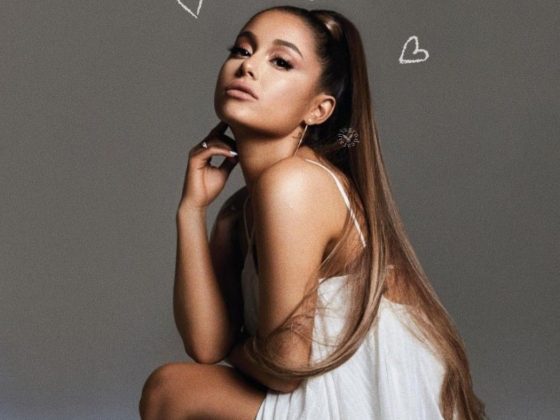