Intersectionality. Noun. The interconnected nature of social categorizations such as race, class, and gender as they apply to a given individual or group, regarded as creating overlapping and interdependent systems of discrimination or disadvantage.

Here, we attempt to unpack this reality, and trace back the intersectionality of black women in history.

Black Women Fight Through a lot of Bullshit

At the height of slavery in America (throughout the 17th and 18th centuries), black women were not only slaves, but they were also viewed as vehicles of labour production, unwillingly and forcefully impregnated by white plantation owners. These women carried their children to term and raised them with no aid from their white fathers, known now as “children of the plantation”. These children were to be used as additional slave labour and nothing more.

Now, in the era of subtle yet palpable systemic racism, black women fight an ongoing battle to be seen and heard. They fight against the tide of sexism that still plagues women of all races today, as well as face the relentless yet incredibly damaging biases of people raised in a racist system. Moya Bailey, an African American feminist scholar and activist, coined the term“misogynoir” to describe this unique niche of discrimination.

One of the biggest manifestations of misogynoir is the so-called “Affirmative Action” card, which refers to the policies in place to integrate more black voices into spaces dominated by white people. From the second it was implemented, whites rallied against it left and right, claiming that it was “favouring black people”.

These days, the “Affirmative Action” card is whipped out by every fragile white Tom, Dick, and Karen who sees a black person, particularly a black woman, succeeding in their field. Their excellence is attributed to so-called aid or “exceptions” made by white people in those fields, instead of the drive and passion that brings all the world’s geniuses to the top. It’s that kind of racism (conscious or unconscious) that has led to a lower, stronger glass ceiling being placed over black women.

In this, the first of two articles, we are going to celebrate some incredible black women from history who have shattered that glass ceiling and went above and beyond.

I’m a white person. When I was considering how to write about the Black Lives Matter movement and its importance, I realised that the best possible thing was not to centre myself, my feelings, or my voice, but to amplify melanated voices. In particular, I wanted to make it a point to amplify the voices of those that struggle with more than one kind of bias.

To all the white people out there who are even the slightest bit uncomfortable in the current social climate and can’t figure out why, consider what the phrase “black excellence” means to you. Why does it impact you that way? What is it that you fear? Does the presence of black female excellence make you feel threatened in some way? Why? Don’t judge, just dig deep and dig that shit out.

I’ll be supplying resources at the end of this article for further learning, and I highly encourage all white readers to use them.

With that, let’s look at some amazing figures in history.

Rosa Parks: Even Cooler Than You Think She Was

Let’s begin with one of the most commonly-cited names in the history of black revolution: Rosa Louise McCauley Parks.

Many American history books, films, and teachers will have you believe that Ms Parks was a frail old woman who in 1955 refused to yield her bus seat to a white man because she had worked all day and her feet were tired. In other words, she became a symbol of revolution through mere circumstance. But you shouldn’t settle for what the history books tell you.

Along with her husband Raymond, Ms Parks joined the Montgomery chapter of the National Association for the Advancement of Colored People (NAACP) twelve years before the bus incident, serving as both the youth leader for the chapter and the NAACP President’s secretary until 1957.

Ms Parks earned the name “The First Lady of Civil Rights” at the spry age of 42 years old while working as a seamstress, and, in fact, did not stand all day. Her feet were not sore, she was not overly tired, and it certainly wasn’t the first time she was standing up to racial injustice. She was arrested for it, and her act inspired the black community of Montgomery to protest the bus service on the day of her trial and onward, lasting for 381 days. This is now known as the “Montgomery Bus Boycott”.

The end of public amenities segregation can be traced back to Ms Parks’ bravery and fortitude, as well as the efforts of the black community in Montgomery who rallied around her, enduring unlawful arrests, burnings, and other horrors to fight for their rights. Learn more about Ms Parks here.

Daisy Bates is known for many things. Among them, she was the head of the Arkansas chapter for the NAACP. She co-operated a weekly African American newspaper called the Arkansas State Press with her husband Christopher, and she had a crucial role in the fight against segregation.

Today, Mrs Bates is known best as the woman who orchestrated nine African American students to attend the all-white Central High School in Little Rock, Arkansas in 1957. These students were the first black students to attend an all-white high school. Which, surprise surprise, sparked outrage among local white people. Those outraged includes then Arkansas Governor Orval Faubus, who sent the National Guard to Central High to stop the nine black students from entering on their first day, that fateful September 4th.

Making her home the headquarters from which war would be waged, Mrs Bates stayed beside the Little Rock Nine, fighting against the Governor and coordinators at the high school until they were finally let in on September 25th. U.S. soldiers sent by then-President Eisenhower protected the Little Rock Nine as they entered the school for the first time. The rest is, of course, history. Learn more about Mrs Bates here.

When asked to think of rock ‘n roll’s origins, many people picture the swinging hips of Elvis or the bluesy, tortured voice of Johnny Cash. These are the voices people associate with the beginning of rock and roll, but its true start goes even further back than those well-known voices. In fact, it can be traced back to the 1940s, to a queer black woman named Sister Rosetta Tharpe, who fused the music scene around her into the rock and roll that sparked a revolution of sound.

This woman was fearless, using her well-loved guitar to bring the sounds of New Orleans jazz, gospel, and Delta blues into one incredibly distinctive sound: rock. Her voice carried over these notes, bringing fans from Chicago, Arkansas, and the Big Apple to her beck and call.

This woman, of course, had to fight for her sound, and in 1938 her fight paid off as she joined the Cotton Club Revue, a NY club that would become important in the era of Prohibition.

With her unashamed lyrics, her flirtation with the concept of love, and the brand new sound she brought to New Yorkers, Sister Rosetta Tharpe created her first album at 23 years old. She changed the world, performing with the Jordanaires (an all-white male group) to mixed crowds, and endured the realities of being black in the 40s at the same time.

She went on to live an incredible life, attaining celebrity status and even performing with Marie Knight, her partner, before they split up. She was the defining foundation of rock and roll, not just of the sound, but of what it means to scream at the sky and touch someone’s soul with your music. Learn more about Sister Rosetta.

No matter where or when you look, there are incredible black women (and men!) shaping the world as we know it.in Many of them have been edited out of history on purpose or simply aren’t spoken about in educational institutions, so it’s our job to go looking, to educate ourselves, and to educate those that come after us about the people who fought hard for what they loved to do.

Take the Time to Educate Yourself

Look out for part two, where we throw the spotlight on some of the extraordinary black women shaping the modern world.

Subscribe to Zizacious today for more thought pieces like this one! We write on anything and everything, so don’t miss out. 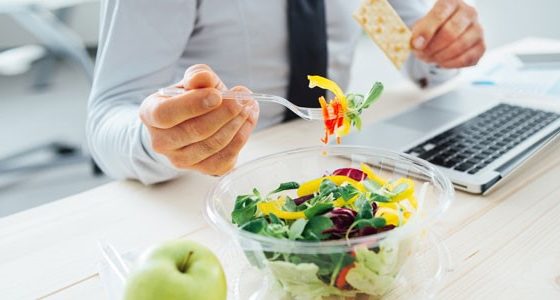 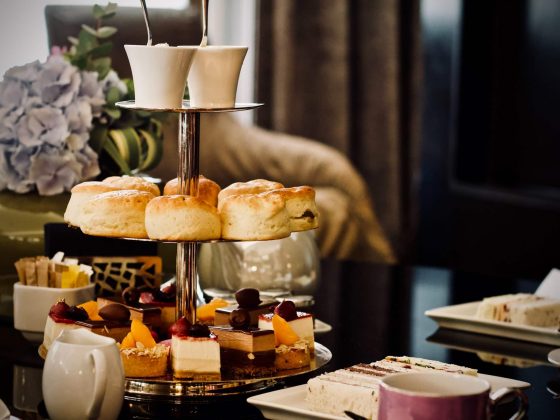