Across all the destinations he visited, the lesson that Anthony Bourdain taught us was simple: Food is perhaps the greatest gateway into a culture’s past and present. So, what do we do with fusion cuisine?

Ethnic food—from ordinary diner meals to spontaneous street food—are often among the most distinct elements of a different culture. They reflect a culture’s history and traditions, and are made with local techniques from local ingredients, informed by the local climate, topography, and cultural values.

Many of the world’s most attractive travel destinations have the local cuisine a staple of their charm. Therefore, preserving the purity of these culturally distinct food identities can feel important in an increasingly gentrified world. So, what do we do when our food cultures mix?

One approach has been to label the resulting mixture “fusion cuisine“. However, this phrase seems to fall in and out of favour with each generation. Fusion cuisine has come to mean different things to different people. And yet, in a world more attuned to cultural appropriation and identity politics than ever before, these differences are giving rise to interesting questions.

Fusion cuisine is a bit of a post-modern idea, but the reality is, cultures have been mixing and matching culinary elements for as long as different cultures have existed. Long before Wolfgang Puck, most of history’s many collisions of food cultures are the result of colonialism or immigration. Here are a few examples of such fusion cuisine.

A Vietnamese street food mainstay, the savory banh mi (pronounced bang me) is a sandwich made with char-grilled pork or pate, pickled vegetables, and a liberal application of cilantro on a french baguette roll. The delicious snack hearkens back to the days of French colonial rule in Vietnam from the 1880s until WWII (then Indochina). In fact, much of Vietnam’s famous culinary culture owes to French influence, like their love of rich, creamy coffees and Foie gras.

It’s hard to find a sushi restaurant anywhere in the world that doesn’t offer some variation on the tasty California roll. The simple makizushi piece wraps cucumber, crab, and avocado in rice and seaweed paper. Unsurprisingly, California rolls originate precisely where they claim to. Emerging sometime in the early 70s in Los Angeles, the California roll was the product of an American culture experimenting with the culinary ideas brought by generations of Japanese immigrants to the west coast, finally integrating after WWII.

One of the most famous and highly exported Japanese meals, the land of the rising sun actually lifted Ramen from the Chinese following a series of conquests that left them temporarily in charge of Taiwan and parts of the Chinese mainland. Japan absorbed a yellow noodle known colloquially as Shina soba (“Chinese noodle”). Ramen has since become an example of Japan’s delicate culinary precision, simple but with tremendous upside. Some of the country’s most famous chefs are dedicated solely to the craft.

A heartier spin on traditional Mexican food, Tex Mex became more culturally distinct following Texas’ independence and subsequent statehood with the US. Tex Mex is named by and for the Tejanos, Texans of Mexican descent. The dishes combine Northern Mexican dishes with ingredients brought by settler ranchers (such as a very liberal application of cheese).

Vindaloo is one of the most common curries you can find in Indian restaurants. However, the spicy dish came about because of Portugal’s colonial history in India. The tiny Indian region of Goa lived under Portuguese rule for over four centuries. Vindaloo became a local twist on vindalho, a popular Portuguese stew. The name derives from wine (vinho) and garlic (ahlo). These are the two staple ingredients that today give Vindaloo such a distinct flavour.

Subscribe to the Zizacious blog today for more food and lifestyle features! 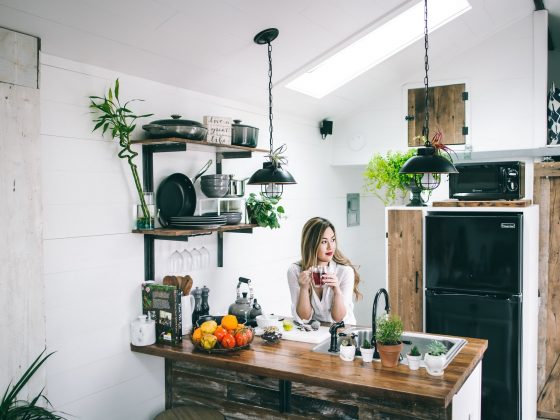 6 Tips To Prepare Your Home for Spring